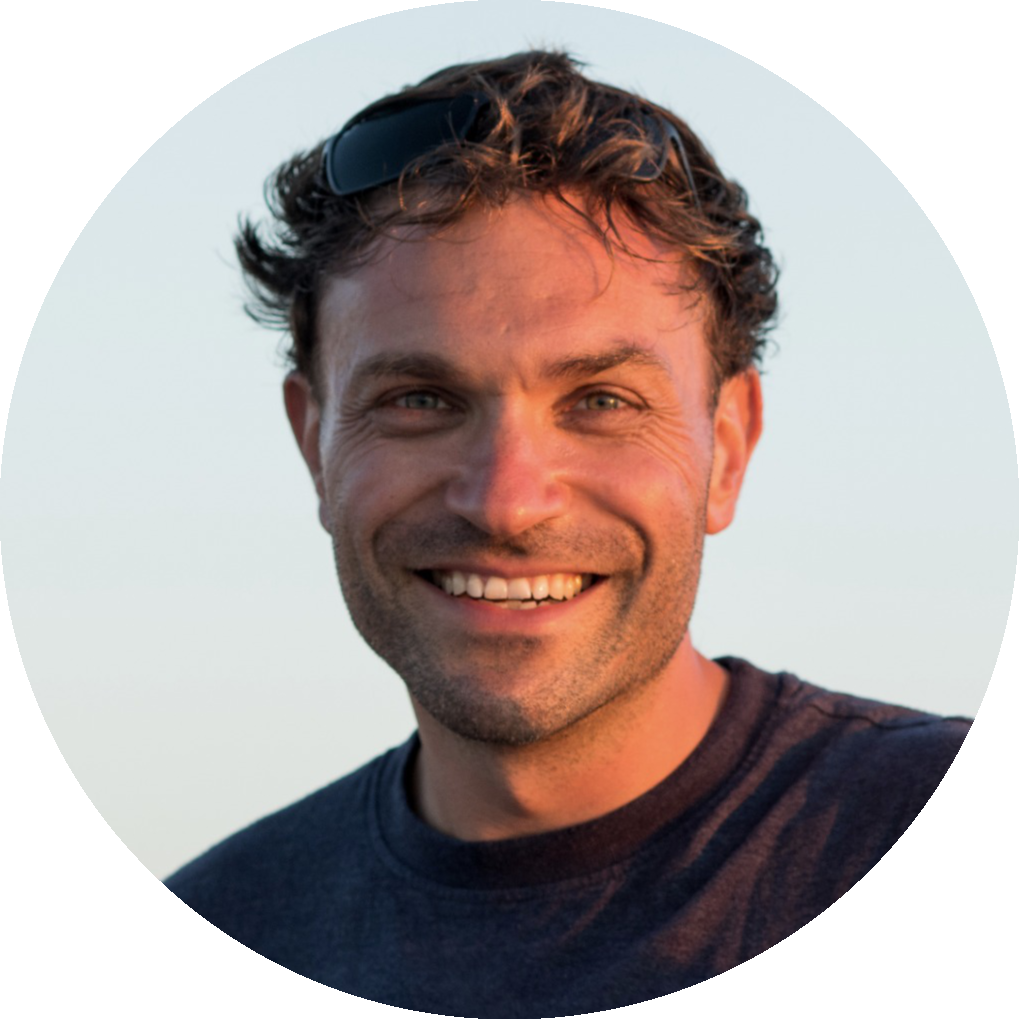 from there to here

I’m a BAFTA-nominated Director of Photography with 14 years’ experience. My passion for science communication and sharing visual stories about the natural world has taken me to Antartica, Nepal and India, in collaboration with National Geographic, BBC and Channel 4. I have also helped to produce a Kellogg’s TV commercial, documented how radiation fallout affected the flora and fauna surrounding Chernobyl, and rocketed to the edge of the stratosphere in a NASA jet.

An experience I’ll never forget? Ascending the Burj Khalifa in Dubai in 2016, the world’s tallest skyscraper. I spent several days shooting a 360 degree, 24 hour time-lapse film of Dubai in all its magnificent, urban glory. In collaboration with camera manufacturer Nikon and a team of designers in the Netherlands, I managed to achieve what was once said to be impossible. Or extremely difficult, at the very least.

My proudest moment so far? Filming the legendary naturalist Sir David Attenborough in The Galapagos Islands. His passion for natural history and visual storytelling was infectious – a remarkable man.

Robert Hollingworth is a Director of Photography with a global client base and following. He was born in London and attended school in Cheltenham, before reading for his Undergraduate Degree (2:1) in Biological Sciences at the University of Bath, specialising in developmental neurobiology. After graduation, he completed a Masters in Business Management; merging his aptitude for marketing with a passion for biological sciences, Robert completed a cross-disciplinary thesis on the relationship between gender and the interpretation of marketing messages.

Today, Robert’s specialities and remit are wide-reaching, but include 3D and time-lapse filmmaking, in addition to still photography. His time-lapse mentor was the legendary Tim Shepherd, a filmmaker who has worked in natural history production for several decades. They met during the production of Life, a landmark series commissioned by the BBC. Working as a camera assistant to Shepherd, over the course of 18 months Robert assisted in the creation of the time-lapse sequences in the programme, invaluable experience which Robert continues to put into practice in his corporate and natural history filmmaking.

Robert has over 12 year’s professional experience in photography and filmmaking under his belt, working for some of the world’s most respected media outlets and producers. With a childhood passion for the subject, Robert joined the University of Bath’s student newspaper as a photographer in 2002, subsequently promoted to Picture Editor. A chance meeting with fellow photographer Tom Vincent developed into a lifelong friendship and professional collaboration, which focused on high-quality portraiture of prestigious university events.

Robert continued to hone his craft as a stills photographer throughout his 20s, shooting documentaries, weddings, advertisements and travel imagery. Working to very specific briefs and often tight deadlines, Robert’s work has appeared in numerous books, magazines and other published works – Today, many of his finest images are represented by Alamy and Getty and sold to clients worldwide.

As a keen communicator of the natural sciences and visual storyteller, Robert has also strived to build up an impressive body of professional experience in natural history filmmaking. He has played a pivotal role in the production of several major documentaries, including Hidden Kingdoms (BBC1), Micro Monsters (Sky) and Mysteries of the Unseen World (National Geographic). He has collaborated on more than one occasion with Sir David Attenborough, on location in The Galapagos Islands, London’s Kew Gardens, Kenya and Borneo.

In addition to his passion for the visual medium, Robert has maintained a strong interest in the technical aspects of filmmaking, taking pride in his ability to design and engineer equipment to fit the often difficult specifications of a particular shoot. On more than one occasion, Robert has been required to solve complex technical and logistical problems on location; over the past five years, he has created several filmmaking components, including motion-control equipment and control electronics (from 3 to 16 Axis), and relays for complex plant-growth studio sequences

Engineering creative solutions during the course of film production, including pioneering new filming techniques, has become second nature to Robert. In recognition of these skills, Robert was nominated for a BAFTA award in the category of “Special and Visual Effects,” for his work on the landmark documentary Micro Monsters.

Robert is also widely respected for his expertise in the field of lighting, honed during his years in theatre production. Before starting university, Robert worked in Australia with Lighting Designer Nigel Levings, a man long regarded as one of the industry’s most talented professionals. Over a period of months, they focused their energies on three productions at Sydney’s iconic Opera House, including Don Carlos and Macbeth. Robert also subsequently assisted Levings with lighting in the West End production of The King and I, in addition to La Boheme, an Opera staged in Broadway directed by Baz Luhrmann.

After over a decade of pushing the boundaries in his professional career, Robert was honoured to be made a voting Jury member of BAFTA in 2015 (Cinematography:Fiction) and again in 2016 (Cinematography:Factual). In 2016 he was a keynote speaker at BVE 2016 – the UK’s largest broadcast and production technology event – sharing with an audience his considerable expertise on filming in extreme environments.

Robert enjoys running, theatre, cinema, travel and biology, his passion for biological sciences only equalled by his love for communication through visual storytelling. It is this belief that science should be enjoyed by all, that continues to inspire both Robert’s work and his mission to narrate the world.